In the Hoods of Robin, players engage in a challenge that takes them back to the city of Nottingham. Along the city wall, and within the city, players will come across the familiar characters from the days of Robin Hood – Little John, Maid Marian, King Richard, Friar Tuck, and the Sheriff. Players must engage their friends yet avoid the sheriff to be the first to collect the bravery, exactness, and service pieces and prove their capability of being tapped to join the secret band - The Hoods of Robin. Players’ wills, cleverness, ability to strategize and adapt to the changing landscape, will all be tested in this fun game of adventure. Prove yourself among the elite and win the challenge to take home the hooded cloak!

Players start on the wall of Nottingham and must find Maid Marian and Little John to collect a key and gold so they can enter the city. Watch out though, as the Sheriff is continually lurking, and one false move will land you in jail. On your quest you must collect the sword (bravery), bow and arrow (exactness), and feathered hat (service) game pieces which may be obtained by entering the city and finding the pieces, or by taking pieces from another player. Players must also be prepared to pay taxes or receive refunds as they travel around Nottingham depending on who the current ruler is. Watch out, as it could change at any moment! Don't have enough gold to pay your taxes? No problem - you can go to jail! Gather you friends and family and enjoy an evening of hooded fun with your favorite characters from the days of Robin Hood! 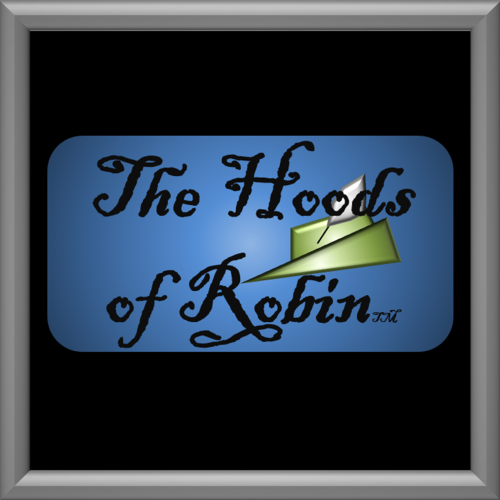 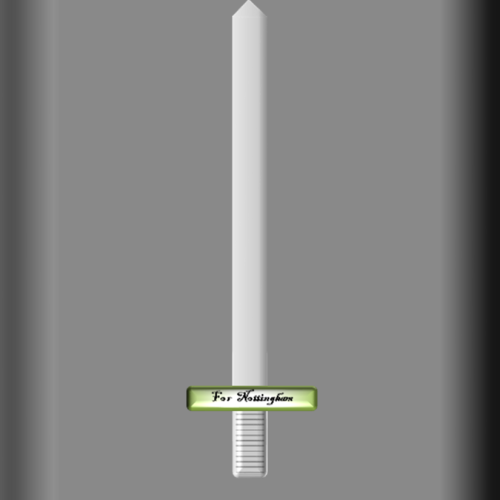 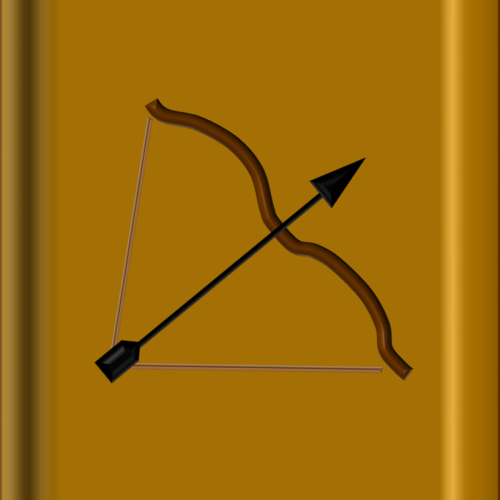 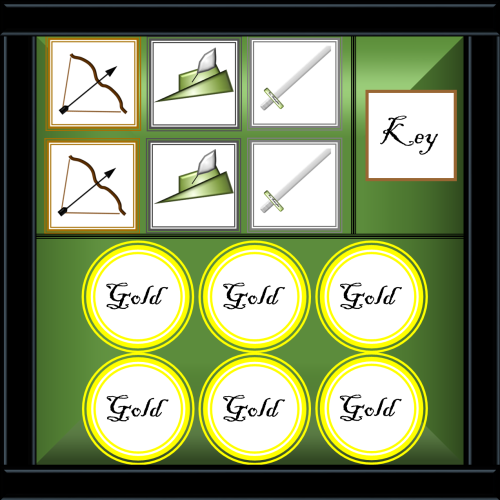 The legend of Robin Hood brings with it tales of adventure, bravery and intrigue. However, a small, yet significant portion of his legend has been kept hidden, shrouded in secrecy, which today, is only spoken of in whispers of speculation and curiosity. The beginning of this unknown portion of the legend unfolded many years ago as the great Robin Hood lay on his deathbed. Robin gathered his band of Merry Men and iterated to them the values of bravery, cunning, exactness, service to those in need, and justice. He then chose his most trusted Merry Men and bestowed upon each of them a green, hooded cloak. Each cloak contained five embroidered patches – a sword, a feathered hat, a bow and arrow, a small sack of gold, a key – and Robin explained that each patch respectively symbolized the five values of which he spoke. Robin further instructed that as each Merry Man reached the end of their own life they must pass the cloak on to a worthy and suitable successor. This chosen band of Merry Men worked much as Robin did, shadows in the night, to remain undetected by those that wished them dead, those who were consumed by power and greed. The generations of man passed from one to another, and this special band of Merry Men became known among the common people as - The Hoods of Robin. As the pride and greed of the world became ever increasing however, the Hoods of Robin became even more of legend, even darker shadows of the night, appearing only in necessity and only to those well trusted and deserved.

In the modern day, you have endlessly been striving to help those in need, giving of your time and service to the greater cause of freedom, justice, and truth. Undeterred by the evils of the world that surround you, you have proven much towards representing the now legendary values of Robin Hood. As such, late into the night as you are sleeping, you’ve been awakened by one of the mysterious Hoods of Robin. The Hood explains to you that he is soon to pass on from this life and is in search of a suitable successor. You along with a few others are being summoned to a final challenge to prove your bravery, cunning, exactness, service, and willingness to defend justice. The victor of this challenge will be asked to carry on the legend of Robin, bear the green, hooded cloak, and join the elite group – The Hoods of Robin.