To purchase a copy of the game please visit the following website: www.thegamecrafter.com

One Location, two keys and an art treasure that cannot be ignored. If you and your team can unlock the mystery behind Cavallini Cairns you will walk away with one of the greatest art collections the world has ever seen.

Two keys are respectively locked away in the Garnton (Blue Codes) and Hevrin Cairns (Red Codes). The Garnton and Hevrin Carins are referred to throughout the game as the 'Key Cairns'. Players must decipher the hidden, two-symbol code placed in front of each of the Key Cairns in order to unlock and gain access to the keys. For each of the Blue and Red Code piece groups, there are four possible code symbols and four of each type of code symbol for a total of 32 code pieces (16 Blue and 16 Red). Code pieces are randomly placed, two per cairn, on the game board during setup so each game experience is different! With two code pieces placed on each Key Cairn, the other cairns on the board contain the remaining code pieces. Players must visit the other cairns, collect the code pieces, and ultimately deduce which code pieces were placed at the Key Cairns' locations. Information regarding the code symbols is further enhanced as different actions by a player are taken depending on the code symbol that is collected. For example if particular types of code pieces are collected by a player/team then they are to collect an additional code piece from the game board. So although only the collecting player/team knows the exact symbol of the code piece that was collected, the other players may infer information regarding the symbol based on the action taken by the collecting players. Other instructions exist for other types of code symbols. Once players think they know the codes placed at a Key Cairn they may attempt to guess. Guess correct and you are now in possession of the key, are rewarded for your efforts, and are continually rewarded at the end of each turn that you retain the key. As you might infer, hold on tight to the key though, because other players may come steal it and seek the reward for themselves.

If you can be the first to have in possession both keys and correctly deduce the location of the art chamber, you win! As mentioned previously though, Cavallini wanted to certainly keep things interesting. As players roll sevens, they must collect a Cavallini Card. Some cards must be played right away, others may be held for strategic use in future turns.The cards introduce new surprises and add a dynamic element to the adventure.

Are you ready now? Cavallini Cairns tests your ability of deduction, strategy, and desire for adventure as you travel around the Island of Nivarian in hopes of unlocking the keys and finding one of greatest art treasures ever assembled.

Little is known about the life of European artist Cavallini. However, as legend has it, towards the later years of his life, in 1320 A.D., he gathered a small crew and set sail with some of his most cherished works intending to tuck away his collection on a remote island and in hopes that one day the person who found it would have the same excitement and love of art that he did. As they sailed, he and his crew soon came across a small and obscure island off the coast of Africa in the Atlantic Ocean. They named the island Nivarian after a close friend of Cavallini's and discovered the island was ripe full of the banzi berry - a small purple berry that became the staple of their food source while on the island.

Cavallini and his crew setup camp and quickly got to work building the chamber to house the collection. They also built and named eighteen large cairns, or stone monuments, throughout the island that would serve as landmarks providing the clues for the secret codes needed to obtain the two keys to open the chamber and also hide the chamber itself. Cavallini carefully constructed the two keys out of materials he found on the island. For the first key, Cavallini bundled three small, wooden twigs he gathered from the banzi tree. The second key is an intricately crafted small smooth stone. Cavallini then hid each key in two of the cairns, Garnton and Hevrin, but had them locked shut until the secret code is entered. Each of the other sixteen cairns would provide the clues to deciphering the codes. Cavallini then hid the chamber, only known to him, in one of the cairns. After Cavallini and his crew completed their work on Nivarian they returned home to Italy where Cavallini lived out the remainder of his days.

Several centuries later, you and your crew have traveled to Nivarian in hopes of cracking the key codes and identifying the appropriate cairn that houses the secret chamber. Your adventure will require determination, patience, and a mind for deductive reasoning to decipher the codes and uncover the hidden collection. You are not alone however. Two other crews are also in pursuit of the coveted collection and will be working diligently to obtain the keys and open the chamber for themselves. Your team must work strategically against these other teams to claim Cavallini's greatest collection and win the game!

Cavallini Cairns combines deductive logic, adventure, and strategy in this team-based, treasure hunting game. You and your team must travel around the island of Nivarian collecting code and resource pieces all while trying to deduce what the other teams have collected for themselves to be able to unlock the keys. Get the keys and location of the hidden chamber and you could walk away with Cavallini’s greatest treasure. The island however, will also work against you and the other teams using special items Cavallini left behind as it strives to protect the hidden treasure with which it was entrusted. This multi-faceted island adventure game will often leave you and your team wondering if you really are clever enough to unlock the mystery. Can you conquer it? 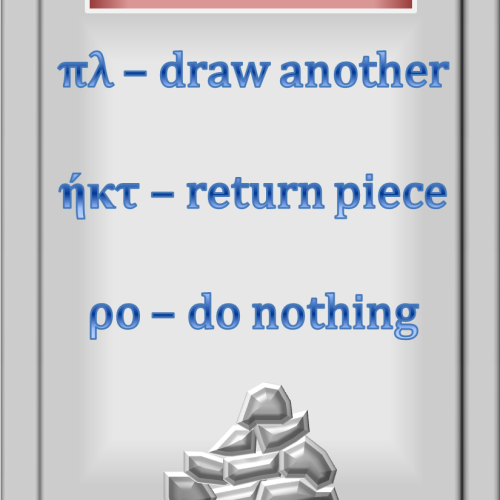 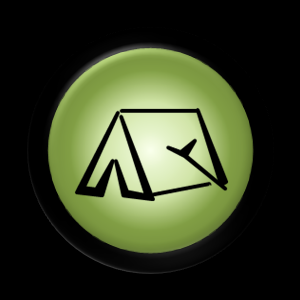 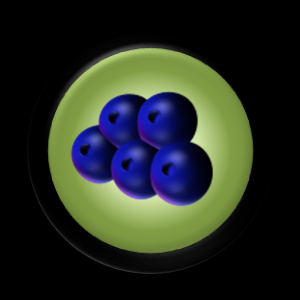 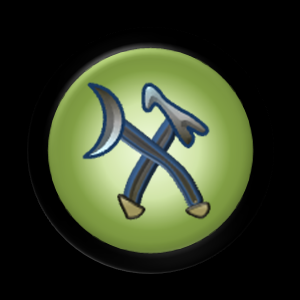 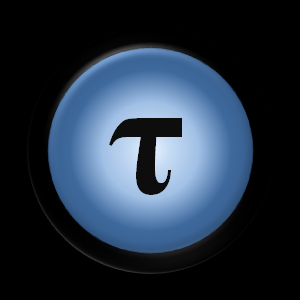 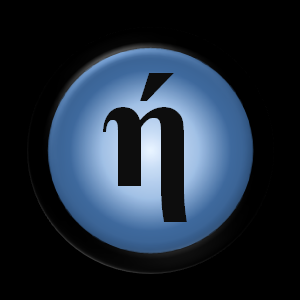 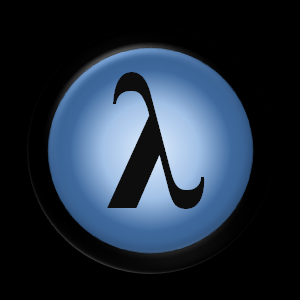 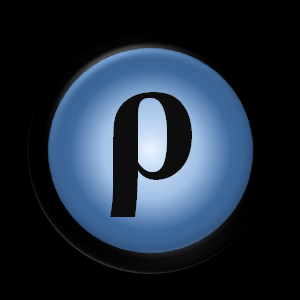 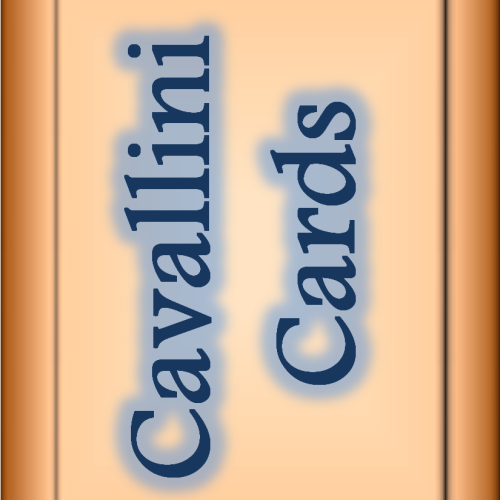 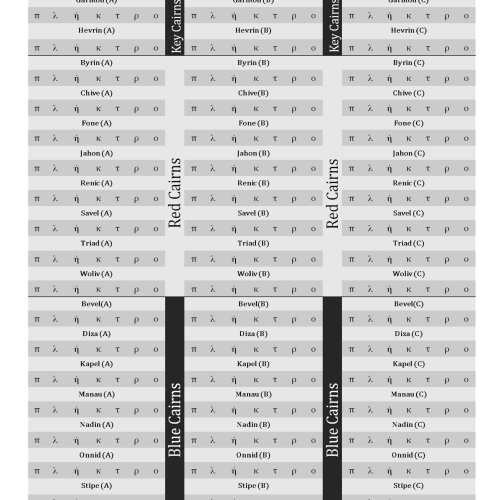